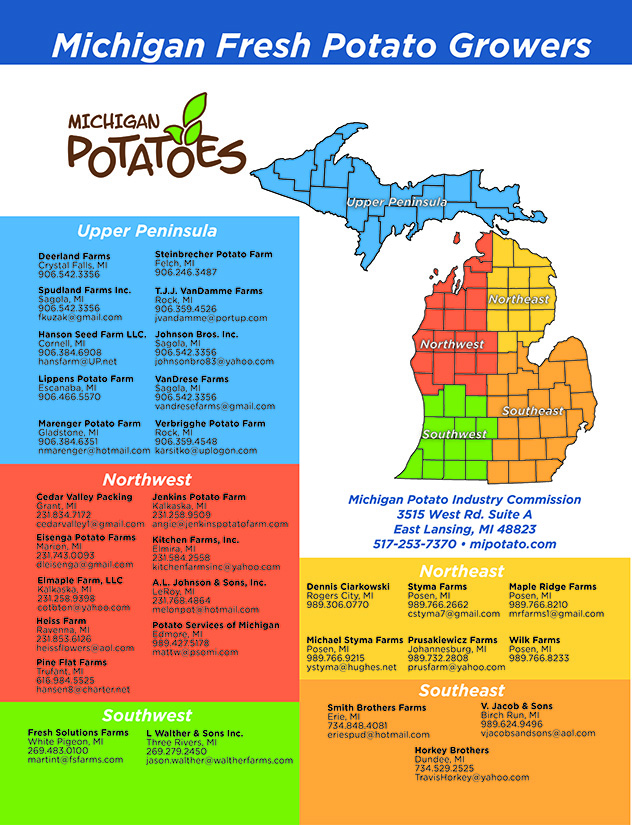 Focus groups conducted in 2017 in Detroit, Grand Rapids, and suburban Chicago show 85 percent of participants surveyed said they would be willing to spend more on a product if they knew it was from Michigan, despite a cheaper alternative being offered. Participants stated they felt better about their purchase if they knew it helped the economy locally and statewide.

What consumers had to say:
“My favorite food.”
“I haven’t met one I don’t like.”
“Mashed, hashed – doesn’t matter, I love them!” 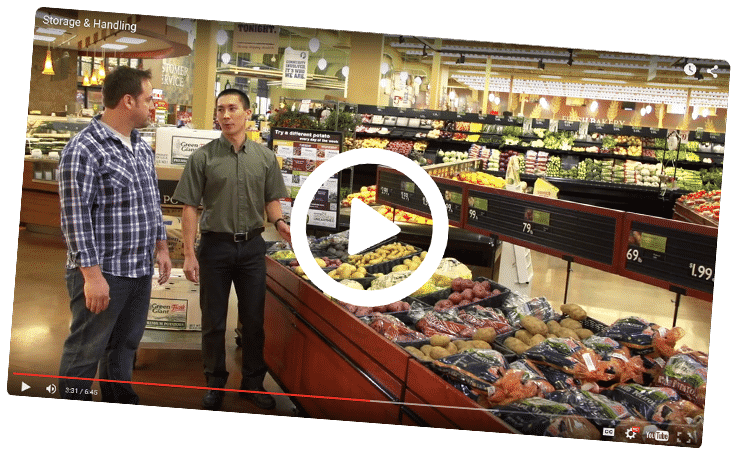 Potato Storage and Handling at Retail

Storage and handling can really extend the lifespan of potatoes. Proper techniques are both important for retailers and the customers who buy potatoes. Their consistency depends on their care from ground to shelf.